Bulgaria with a Record Export to Germany: What Do Germans Buy and Where Does it Go? 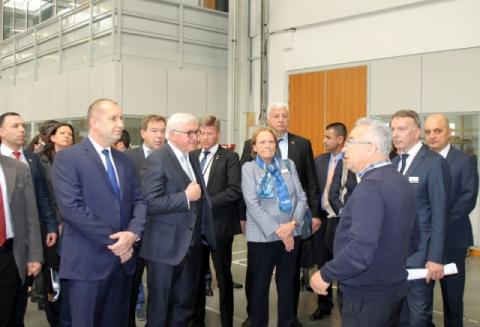 Trade relations between Bulgaria and Germany are better than ever. This confirms both the record of record trade between the two countries and the politicians - the recent visit of the German President Frank-Walter Steinmeier to Bulgaria.

According to official data in 2018, the trade turnover between the two countries amounted to 8.266 billion euros, and in the last two years Bulgaria exports more goods than imported from Germany. The difference last year was 320 million euros in favor of Bulgarian exports, and in 2017 - 150 million euros.

The reversal of the trend comes as a result of the German investments, which are mainly in production. In turn, the produced goods are "returned" back to Germany, but already "with a Bulgarian label". The German-Bulgarian Chamber of Commerce and Industry has published a survey that counts German investments in Bulgaria in the period 1990-2017. According to official data of the BNB, they amount to BGN 6.9 billion, but economists note that there is actually much more.

The analysis, developed in partnership with the Institute for Market Economics, shows that German investments in Bulgaria are at least 25% more or 1.4 billion BGN above. According to IME calculations, official statistics underestimate or overestimate investments depending on whether the ultimate owner invests directly in Bulgaria or makes it through their subsidiaries in other countries.

In order to complete the official data and measure the so-called Indirect German investments, the institute identifies companies with a final owner, a natural or legal person in Germany. Thus, the share of German investment in Bulgaria increases from 6.8% of all foreign...