UN: By 2050, There Will be More Plastic in the Seas Than Fish 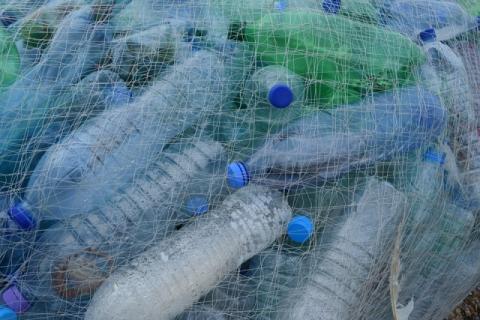 According to a UN report, 30% of fish are already poisoned by plastic, and by 2050 there will be more plastic in the seas than fish.

How many times have we been out of the store with a plastic bag, and later we are loosing it without thinking that it will remain on our planet longer than us?

Protecting marine environments is a growing priority in East Asia. In 2016, the World Economic Forum predicted that there would be more ocean plastic waste than fish by 2050 without effective intervention. The conference adopted resolutions on promoting sustainable development, including cooperation in reducing marine plastic debris, reported asiancorrespondent.com

Marine plastic pollution can threaten the security and development of regional countries and destroys the marine ecosystem by killing sea creatures and polluting the marine environment. Seafood contaminated with microplastics threatens food safety and public health across Asia as many people in the region rely on seafood for their protein intake.

Unsustainable practices in marine-related economic sectors are contributing to the surging amount of plastic debris in regional seas that harm local businesses. Bali and Boracay depend on revenues from tourism. Severe plastic pollution in the coastal areas damages their reputation as popular tourist destinations, while disruption in the marine ecosystem can also intensify competition between states for marine resources.

China, Indonesia, the Philippines, Vietnam and Thailand accounted for 60 per cent of the plastic waste disposed of in the oceans according...