Tsipras: Greece is bridge, not border, between West and East 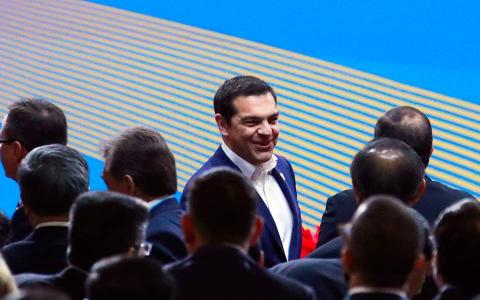 Addressing the Belt and Road Initiative Forum in Beijing on Friday, Greek Prime Minister Alexis Tsipras described Greece as a bridge and not a border between the West and the East and as a regional hub for growth that is gaining global influence and significance.

Tsipras was the first leader of a European Union country to take the podium at Friday's high-level debate at the forum which is to conclude on Saturday.

"For Greece it is clear that the aims of the modern Silk Road [initiative] are compatible with the regional economic goals that we have set and that we want to pursue, leaving behind the reliance and dependence on our creditors," Tsipras said, adding that "cooperation and an outward-looking focus are the future."

The Greek premier added that Greece is exploiting its unique geopolitical location at the juncture of three continents as well as its role as...