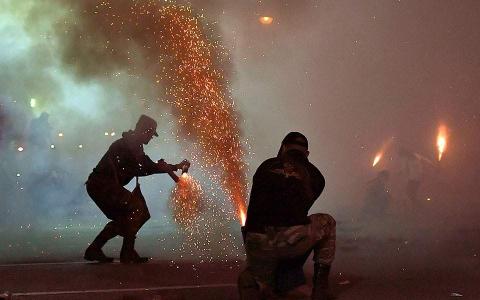 A 53-year-old camera operator has been killed while filming a flare throwing contest in the southwestern Greek city of Kalamata Sunday.

Flare-throwing has been an old, and occasionally deadly, Easter tradition in Greece. It often makes for great visuals, as in the island of Chios, where two neighborhoods throw what seems like an artillery barrage of flares at each other.

But even that event has been toned down in recent years, as the danger of excess has become abundantly clear.

Each year also, police arrest people for making flares of dubious quality that risk exploding at the hands of the unprepared.

This time, Costas Theodorakakis, the cameraman, had been filming the event for about 20 minutes when a stray flare hit him on the head, the director of a local hospital told state news agency ANA...

PM to Politico: Greece wants to be included in Libya talks