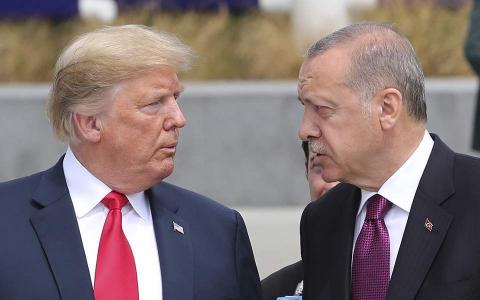 The statement released by the White House on onday's phone call between US President Donald Trump and his Turkish counterpart Recep Tayyip Erdogan makes no mention of a "working group" that's to be set up to discuss Turkey's acquisition of S-400 antiaircraft missile system from Turkey.

Without getting into specifics, the White House release said Trump and Erdogan discussed Turkley's planned acquisition, but a White House official told Reuters, which had also reported Turkey's statement, that the US government continues to clearly convey its worries for the planned purchase at the highest level.

US has threatened to cancel delivery of the F-35 fighter jet to Turkey if it goes on to buy the S-400 from Russia.