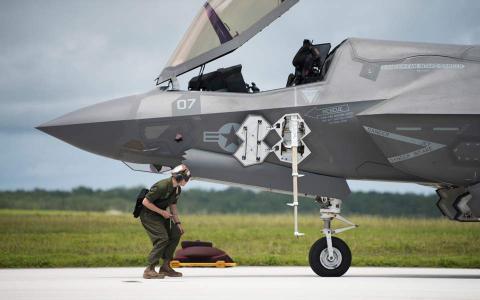 President Tayyip Erdogan said on Tuesday that an F-35 fighter jet project would collapse if Turkey did not participate, and that it would be an injustice to exclude Ankara over its plan to buy the Russian S-400 air defense system.
Turkey's announcement has strained its ties with Washington, which has said it would compromise the security of Lockheed Martin F-35 jets and warned of potential US sanctions.
Like other NATO allies of Washington, Turkey is both a prospective buyer and a partner in production of the F-35, which has been beset by cost overruns and delays, and entered service in the United States in 2015.
Ankara has proposed a working group with the United States to assess the impact of the S-400s, but says it has not received a response from US officials.
Speaking at a defense industry fair, Erdogan said those trying to exclude Turkey from the F-35...