Together for Europe Summit in Warsaw Kicked Off 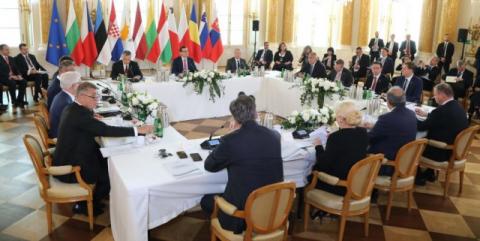 The Together for Europe Summit in Warsaw, involving Prime Minister Boyko Borisov and the leaders of all member states, adopted since 2004 in the EU, has begun.

The occasion for the summit, initiated by Polish Prime Minister Mateusz Morawiec, is the 15th anniversary of the beginning of the great enlargement of the European Union.

Heads of State and Government of Poland, Estonia, Cyprus, Latvia, Lithuania, Malta, Slovakia, Slovenia, Hungary, the Czech Republic, Bulgaria, Romania and Croatia are discussing the state of the EU, the security and the challenges facing the Community. The focus of the discussions is the opportunity for even more intensive cooperation between the countries on the development of the European Union.

After the meeting, leaders are expected to come up with a joint declaration on the unification of Europe.