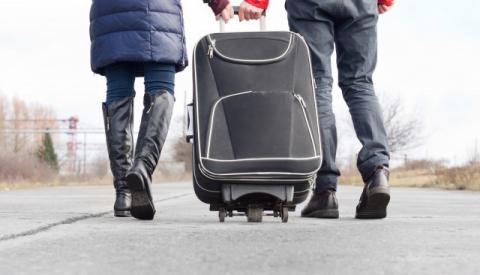 European Bank for Reconstruction and Development (EBRD) President Suma Chakrabarti told RTS that migration of skilled workers has a negative effect on productivity, and that negative growth effects can also lead to the departure of low-skilled labor.

(Phito: Vaicheslav/Depositphotos)
"Emigration, especially of young trained personnel, is a serious problem for the Western Balkans. Migrations are motivated by income disparities in comparison with (other) European countries, which is the main target region. But migrations are also affected by dissatisfaction with domestic political and economic opportunities," said Chakrabarti.
He cited assessments that show nearly six million people from this region currently living abroad, which represents a third of the Western Balkans population.
"Regardless of the fact that these people send a significant amount of remittances home (in Serbia, the inflow from remittances last year amounted to 2.6 billion euros) - their talents are used by other countries, and remittances do not have a significant effect on development. They also limit the readiness of whose who stayed at home to work," he added.
As Chakrabarti said, "solving the problem of migration is very complex."
"It's not just about raising the level of income, which is a difficult issue in itself, but also about creating better living conditions at the local and national level. This implies better functioning of public institutions, which should serve people instead of complicating their lives, providing high quality health care and education, as well as a judicial system in which judicial proceedings will be fair and will not last for years," he said.
"It also implies access to quality water supply, but also wastewater treatment...