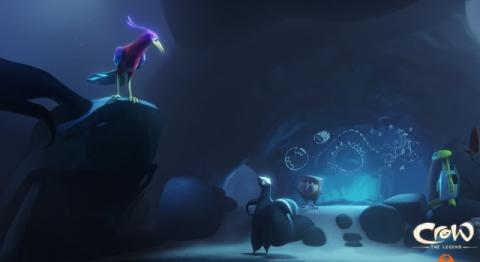 Kaloyan Atanasov will receive the award for "Crow: The Legend", reported NOVA TV.

Atanassov drew the animated images. He works at the American studio "Baobab" and is only 24 years old.

The Bulgarian will officially receive his award on Friday, when the ceremony will take place in Pasadena Hall in Los Angeles.

Kaloyan Atanasov lives in the United States with his family. He works mostly over short animations and movies with virtual reality.
Kal, as his creative nickname, graduated from the Ringsling Arts and Design College in Florida in 2016. "Crow: The Legend" is not his first major success. The Wishgranter is a 5-minute animation in which he is a director and artistic director. The animation has won over 20 awards from various film festivals around the world.

"Crow: The Legend" is an animation that tells the story of a group of forest animals.The Legend is an exciting new animated movie starring John Legend as Crow, the most popular and admired animal in the forest with his magnificent colors and beautiful voice. But when the very first winter arrives, can Crow make the ultimate sacrifice to save his friends?