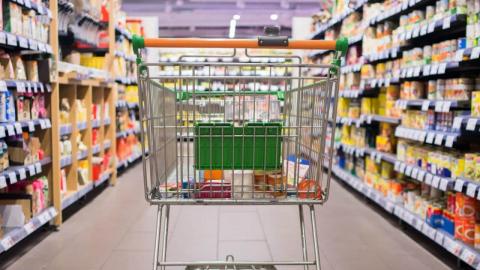 Speaking at an event organized by the ruling Serbian Progressive Party in Belgrade on May 4, Serbian Finance Minister Sinisa Mali said that Serbian GDP grew last year by 4.3 per cent.

The minister said this "has put Serbia among the [top] 10 economies of Europe in terms of GDP growth, and means we no longer compete with countries in the region".

BIRN fact-checked the statement of the Finance Minister, and his claim that Serbia is among the top 10 economies of Europe in terms of GDP growth.

The International Monetary Fund, IMF, says that in terms of GDP growth in 2018, the best performing country in the region was in fact Montenegro, whose economy grew by 4.5 per cent.

The same IMF data also show that the next country after Montenegro was Serbia, whose economy grew by 4.4 per cent. Albania, which saw GDP growth of 4.2 per cent, was in third place.

Meanwhile, Romania saw GDP growth of 4.1 per cent, while Kosovo's GDP growth was 4 per cent.

Lower down the scale are Bulgaria, with the 3.2 per cent GDP growth, Bosnia and Herzegovina, with 3.1 per cent, and Croatia and North Macedonia, both with 2.7 per cent growth.

The statement of the Serbian Finance Minister also took GDP growth in only one year. Such short-term calculations are often used for political purposes, and do not always show the longer-term, true picture.

In terms of one-year growth performances, for example, one of the best-performing countries in the world was war-torn Libya. According to the IMF data, it saw GDP growth of 17.9 per cent last year.