Newcomer Bulgaria Looks To Make Some Noise In First VNL 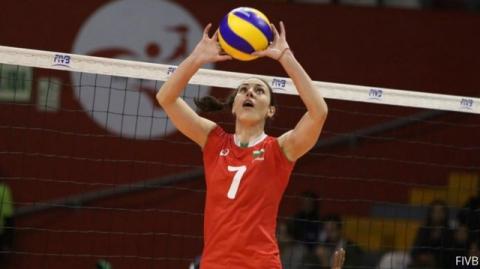 The squad joins the tournament for the first time after qualifying through the FIVB Challenger Cup, where it pipped Colombia to the qualification slot. It's an exciting time for an up-and-coming team eager to showcase its potential on the global volleyball stage.

Despite being a newcomer to the tournament, a 12th place at the 2018 World Championships suggests it can be a force to be reckoned with and should continue to improve with more experience, writes FloVolleyball.

An important development for Bulgaria's women's team in the last year has been the arrival of a new coach.

Ivan Petkov took over from Ivan Seferinov early in 2018 and has led the squad on an upward trajectory since. He guided Bulgaria to its first title in the 2018 European Volleyball League, which allowed it to compete in the inaugural Challenger Cup, where it won gold and consequently qualified for FIVB VNL 2019.

Petkov intended to steer Bulgaria to within the top eight of the 2018 World Championship but fell short as the team wound up 12th. His ultimate remit, however, is to lead Bulgaria to qualification for the Tokyo Olympics in 2020. It will be interesting to see how far Petkov, who has had success with Bulgaria's junior women's team and at the club level, can take this eager squad.