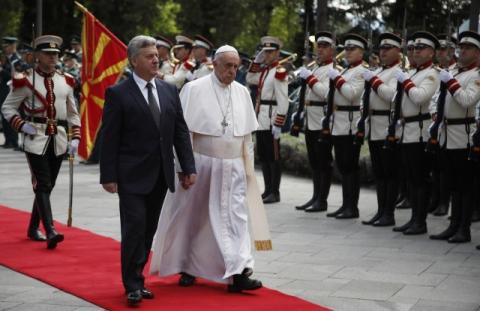 The head of the Roman Catholic Church was greeted by the president and prime minister of North Macedonia, Djordje Ivanov and Zoran Zaev, and other representatives of the government and the city of Skopje.

Pope Francis will first go to the Presidential Palace of where reception is organized, and later on during his first visit to North Macedonia serve mass at the central square in Skopje, an event that is expected to be attended by more than 15,000 people.