Vucic to speak with Italy's Salvini 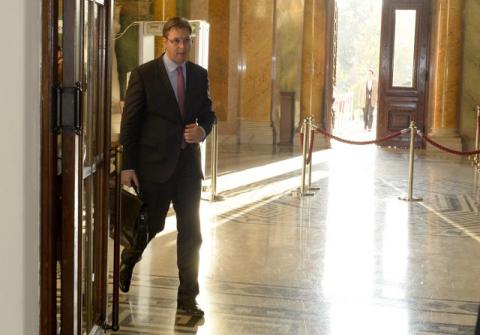 Vucic will discuss the Kosovo-Metohija issue with Salvini, whom he sees as one of Europe's most influential politicians.

Salvini is an advocate of reconsidering Italy's recognition of Kosovo's independence.
Vucic will afterwards travel to Tirana for a meeting with EU foreign policy and security chief Federica Mogherini, with whom he already met at last week's Berlin summit.
He will on Thursday attend a Brdo-Brijuni Process meeting, whose special guest will be Polish President Andrzej Duda.
In the meantime, Vucic was in in Beijing where he spoke on the topic of Kosovo and Metohija with Chinese President Xi Jinping and with Russia's Vladimir Putin.
Last week in Berlin, at the Summit organized by German Chancellor Angela Merkel and French President Emmanuel Macron, he argued that Serbia was ready to continue the dialogue, but only after the abolition of Pristina's taxes.
After that meeting, the president assessed that neither his international community nor the domestic public had accepted his plan to resolve the Kosovo issue, that is, as he said earlier, the idea of delimitation.
Vucic announced that after all these meetings, he will speak with Serbs from Kosovo and Metohija, and that he will announce what measures Belgrade will take due to the unilateral moves of Pristina made so fa, above all - the introduction of "anti-civilization" taxes on goods from central Serbia.