"Enough with what Hashim wants. Hashim depends on us" 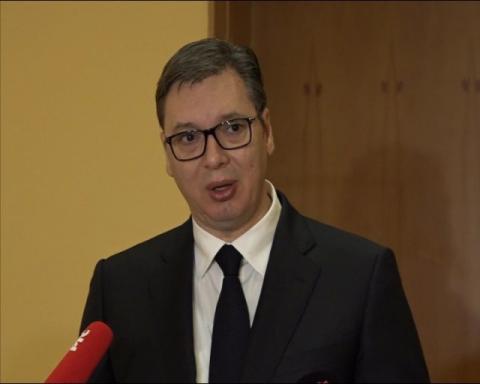 According to the Belgrade-based daily Blic, Vucic "pointed out that he never spoke about any models for Kosovo, but about reaching an agreement" - and did this commenting on Thaci's recent statements, constantly repeating that three municipalities from the southern part of central Serbia - namely, Medvedja, Presevo, and Bujanovac - ought to be annexed by so-called Kosovo.
"I've had enough of hearing what Hashim does and doesn't want. You, Hashim, depend on us. Things won't go that way. I'm pleading with you to talk, not to be saying what you want, and what you don't want. Would you like me to tell you what I don't want?," Vucic is quoted as saying, and adding:
"What America will squeeze you (Pristina) into international institutions? You tried with (Croatian president) Kolinda, with (Slovenian president) Borut... you didn't succeed. Did you think of it yourself, or did somebody help you out?"
Vucic repeated that he never spoke about solutions, but about reaching an agreement: "If that can happen - super, if not, we'll live."
He also advised Thaci not to bring up the Serb Republic (RS) - the Serb entity in Bosnia-Herzegovina - without "really needing to":
"I know why you're saying that - because Americans don't want the RS. I could tell you that I won't let you form an RS inside Serbia, and that is Kosovo," Vucic said.
He added that he "pushed through" many difficult solutions, and was pleading with (Pristina) to come to its senses.
"Imagine if I said what you and (Albanian PM) Rama said yesterday in Tirana? Or what Kolinda said today? About unification....