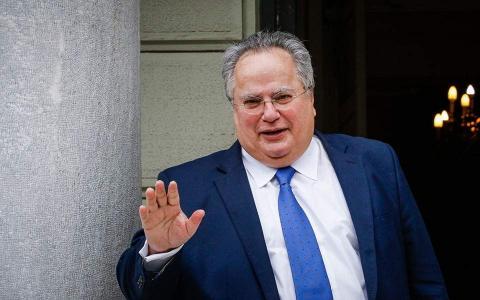 Former foreign minister Nikos Kotzias claimed Friday that the emails presented in Parliament by former defense minister Panos Kammenos as evidence that Kotzias had favored a specific company in a tender for issuing visas were either forged or hacked by secret services.

Kammenos last month presented MPs with a batch of emails on the tender he claimed were exchanged between Foreign Ministry staff.

Questioning the provenance of Kammenos' "evidence," Kotzias said that experts had advised him that "only hackers from [National Intelligence Service] EYP or the Russian secret services, maybe the Chinese," were capable of this kind of interception.