Koufodinas vows to continue hunger strike ‘to the end’ 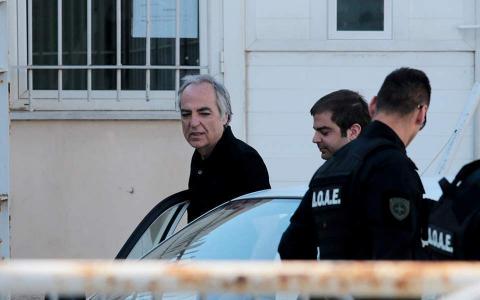 Convicted November 17 terrorist Dimitris Koufodinas has vowed to continue his hunger strike following a decision by a Greek judicial council to reject his appeal for a fresh leave.

In a statement released through his lawyer, Koufodinas said the decision to deny him a furlough was an attack on freedom of speech and prisoners' rights. He said he would refuse medical assistance and continue his hunger strike "to the end."

It was the second time the council rejected Koufodinas' appeal, deeming that he should not be shown leniency in view of the fact that he has never expressed regret for the numerous assassinations he carried out as a member of N17.
On Friday, Supreme Court prosecutor Xeni Dimitriou said she would review the decision issued by the judicial council.
Late on Thursday, self-styled anarchists ran rampage in central Athens, smashing shop facades to...