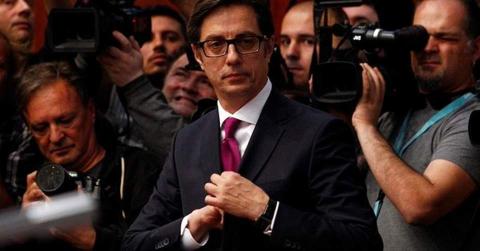 Stevo Pendarovski has been sworn in as the new president of North Macedonia, promising he will serve all citizens in a deeply politically divided society and will lobby European Union leaders to approve the start of his country's accession talks in June.

Pendarovski, 56, was sworn in before lawmakers Sunday. He won the election May 5 in a tightly- contested runoff with a conservative rival.

The presidents of Albania, Bulgaria, Serbia and Kosovo attended the inauguration ceremony.

Pendarovski is a strong supporter of the name deal with Greece, finalized in February, that ended a decades-long dispute over the name Macedonia, in exchange for NATO end European Union membership.

Former president Gjorge ivanov, who ended his second and last five-year term Sunday, was a fierce opponent of the name deal.