Turkish Embassy in Bulgaria: The Distortion of Words by Ambassador Ulusoy is a Disappointment 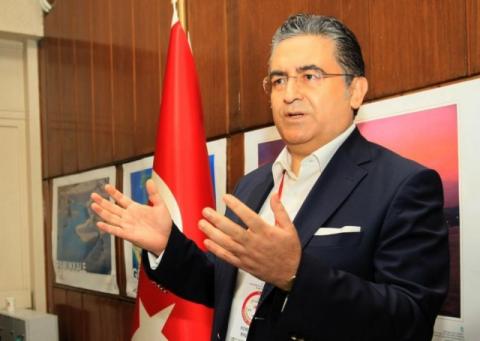 The distortion of the words of the Ambassador of the Republic of Turkey to the Republic of Bulgaria Hassan Ulusoy and the subsequent resonance are a cause for disappointment. This is said in a position of the Turkish embassy in Bulgaria, after a diplomatic scandal started on Saturday because of an ambassador's statement during an event with Prime Minister Boyko Borisov.

There was also an immediate reaction from the opposition, while the Deputy Prime Minister and Minister of Foreign Affairs ordered Ambassador Hasan Uusoy to be summoned to the MFA on Monday to explain his words.

"The statement highlighting the satisfaction of the large number of Turkish investments in friendly, neighboring and allied Bulgaria was expressed by Turkish investors' opinion on the need for Bulgarian citizens to speak in written and spoken Bulgarian as well as Turkish. of the speech, in the form of - "The Turkish Ambassador requested a compulsory study of Turkish language in Bulgaria" and the following echoes, are a cause of disappointment.

Turkey attaches great importance to its economic relations with Bulgaria. We welcome the support of the Prime Minister of Bulgaria Mr. Boyko Borisov and the relevant members of the government and institutions, as in many other areas as well as for the development of our economic relations for the benefit of both countries. Obviously, alongside Bulgarian, the good learning of oral and written Turkish language by Bulgarian citizens is a prerequisite for their recruitment in Turkish companies. This applies to any foreign investment, "the press release from the Turkish embassy in Sofia said.

In his statement, Ambassador Dr. Hasan Ulusoy emphasized this and, declaring his confidence in the Bulgarian authorities, shared our...

Bulgaria will Donate 250,000 doses of the Pfizer Vaccine to Bosnia and Herzegovina