In China on state visit, Pavlopoulos calls for respect of Cyprus’ sovereign rights 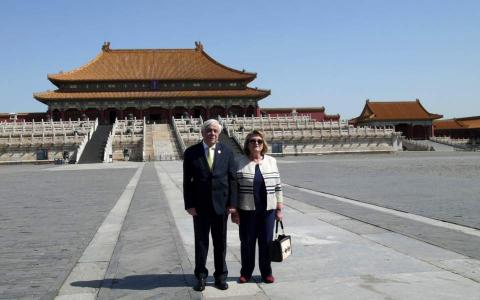 Pavlopoulos reportedly emphasized the need for a fair and sustainable solution, and the removal of Turkish troops from the Mediterranean island. He also called for respect of Cyprus' sovereign rights on the basis of international law and the United Nations Convention on the Law of the Sea, the report said.

Amid Ankara's stated plans to drill in Cyprus's exclusive economic zone (EEZ), the spokesman of Turkey's ruling AKP party, Omer Celik, on Saturday called on Cyprus to "remember 1974," referring to Turkey's invasion of...