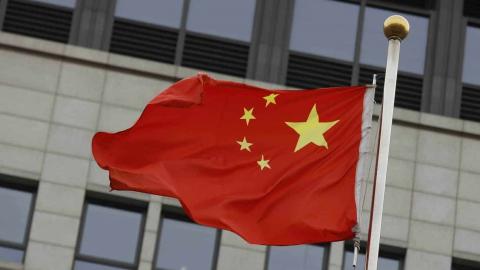 China, however, has not changed its pragmatic position toward North Macedonia and remains interested in deepening economic cooperation with the country, regardless of the government in power.

In that context, relations between Skopje and Beijing are important to analyze.

Apart from a brief termination of bilateral relations between 1999 and 2001 as a result of Macedonia's recognition of Taiwan, China-Macedonia political and economic relations have been friendly and stable.

China is one of the four permanent members of the UN Security Council, together with the US, the UK and Russia, which recognised the country under its old constitutional name of "Republic of Macedonia", and it has supported the country's Euro-Atlantic aspirations.

Bilateral relations between the two countries have mainly focused on economic cooperation.

Between 2009 and 2014, China rapidly increased its investments in the country. In 2017, China was ranked Skopje's third trading partner.

Within the 17+1 initiative, Beijing established a credit fund of 10 billion US dollars for infrastructural projects.

North Macedonia rapidly made use of these funds to construct two new highways, from Miladinovci to Shtip and from Kichevo to Ohrid, costing 580 million euro.

However, the contact that the authorities signed with Sinohydro Corporation LTD, the Chinese state-owned company chosen to construct the two highways, did not accord with legal procedures for public bids.

The then largest opposition party, the...