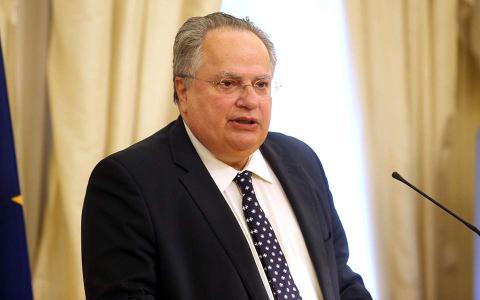 Three days after former Greek foreign minister Nikos Kotzias suggested that emails presented in Parliament by ex-defense minister Panos Kammenos as evidence that the former had favored a specific firm in a tender for issuing visas could have been hacked by the Russian secret services, the Russian Embassy in Athens Monday denied any meddling in Greece's domestic affairs.
"Supposed 'Russian hackers' again," the embassy lamented in a series of tweets. It also urged Greek officials to submit any available evidence of Moscow's involvement. "Otherwise, it would be better to avoid new allegations about a 'Russian involvement' in Greece's domestic affairs," it said.