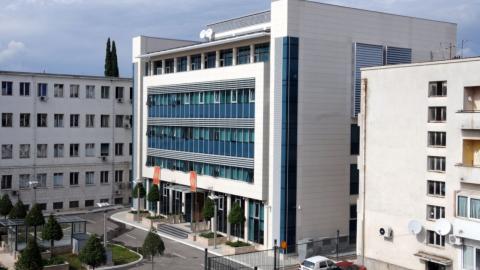 One of the eight Serbian citizens convicted in the "coup" case in Montenegro, Branka Milic, is still in the Serbian embassy in Podgorica, while the other convicted Serbian citizens have left Montenegro for Serbia, the defence lawyer in the case, Jugoslav Krpovic, confirmed on Monday.

Krpovic told the Belgrade news agency Beta that the courts in Podgorica had not revoked a detention order for Milic who therefore remains in the Serbian embassy. "The court did not request detention for the other Serbian citizens until the court ruling becomes final," Krpovic said.

In the first-instance verdict, the Higher Court in Montenegro last Thursday sentenced 13 people, including two Russian military intelligence officers, eight Serbs and two Montenegrin opposition leaders for to up to 15 years in prison for staging an attempted coup in 2016. Defence lawyers said they would an appeal.

They were found guilty of plotting to commit "terrorist acts" and undermine the constitutional order of Montenegro during the parliamentary elections in October 2016 with a view to overthrowing the pro-Western government and preventing the country from joining NATO.

The defendants denied plotting a coup, calling it a government fabrication designed to discredit the pro-Serbian and pro-Russian opposition parties. Milic was sentenced to up to three years in prison, having fled to the Serbian embassy in November 2018. She abandoned the trial, dissatisfied with the finding of an court expert on her health condition.

Bratislav Dikic, the former commander of an elite Serbian police unit, the Gendarmerie, was sentenced to eight years in prison. He has been in detention since October 2016. Two other Serbian citizens, Nemanja Ristic and Predrag Bogicevic, received sentences of...