The EC Will Recommend Opening Negotiations with Northern Macedonia and Albania 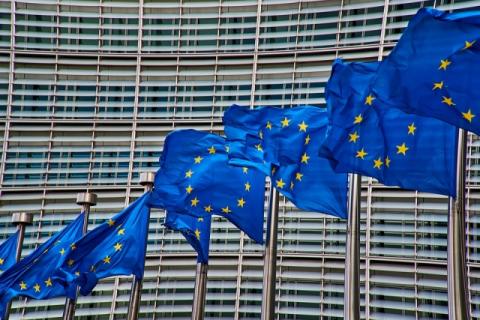 The European Commission (EC) will recommend opening accession talks for full membership of northern Macedonia and Albania by the end of May, reiterated EU Enlargement Commissioner Johannes Hahn, who until now has only expressed confidence that this will happen.

In an interview with Radio Free Europe, Hahn confirmed that the recommendation would be announced on May 29, when the European Commission will publish its annual progress report on enlargement.

"In two weeks, we will present our annual report, which will definitely recommend starting negotiations for both countries (Northern Macedonia and Albania)," he said.
As the EU Commissioner notes, it is up to the Member States of the European Union whether they will agree with the recommendation of the European Commission.

"Both countries have fulfilled the conditions and now Member States have to come up with political assessments," Hahn said.
This will be the first recommendation for Albania and the tenth for Northern Macedonia.

Since 2009, the European Commission has recommended the opening of accession negotiations. However, this recommendation has still not been agreed by the Member States, which have the power to take a final decision on this issue. Meanwhile, Skopje and Athens have signed the Prespa Treaty, which must unblock the Euro-Atlantic route of northern Macedonia.

"Officially, Skopje has done a remarkable job of meeting all the conditions for starting EU membership talks. We must acknowledge the tremendous progress Northern Macedonia has made in overcoming bilateral conflicts, which was a prerequisite for future membership, "said Johannes Hahn.

According to unofficial information from the RSE, there are indications in the EU that it is...