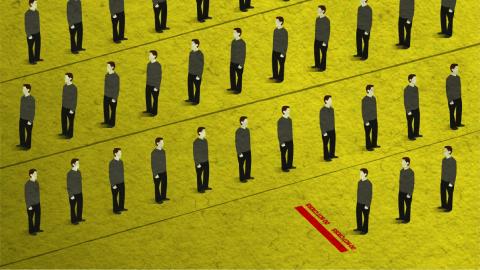 For the best part of two decades, long lines outside European embassies were a morning fixture of capitals up and down the Balkans as citizens of the states spawned by Yugoslavia's demise and post-communist Albania queued for visas and the opportunity to travel to the West.

Only in Pristina, capital of Kosovo, do they remain today, a symbol of the young country's enduring isolation almost a decade since its neighbours in Albania, Montenegro, Serbia and North Macedonia were granted the right to visa-free travel across the European Union.

Not all Kosovars need to queue, however.

Prime Minister Ramush Haradinaj does not, unsurprisingly. Nor does his wife; two children of his predecessor, Isa Mustafa; the son of President Hashim Thaci; many former and current Kosovo MPs; and more than a dozen relatives of Foreign Minister Behgjet Pacolli.

They all have one thing in common - honorary citizenship of neighbouring Albania, which was granted an EU visa waiver in 2010.

The practice of granting passports to people deemed of 'special interest' is common around the world, often as a way to honour famous foreigners, reward a major investment or beef up a national sports team.

The system in Albania has morphed for a growing number of frustrated Kosovars - the vast majority of whom are ethnic Albanian - into a backdoor to visa-free travel in Europe or as a means to visit countries which do not recognise Kosovo statehood, of which there are approximately 80 out of 193 UN countries, an investigation by the Balkan Investigative Reporting Network, BIRN, shows.

Many of those granted passports arguably meet the 'special interest' criteria - artists, sports people, NGO activists and others who have made a significant contribution to the Albanian...