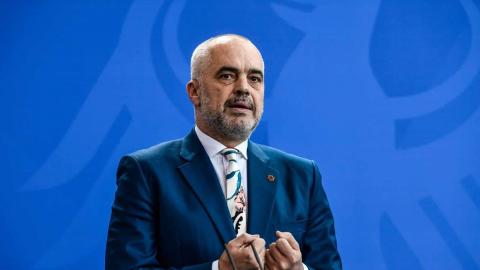 Starting this week, Ethnic Albanians from Montenegro and North Macedonia now have the same access to jobs in Albania as locals, according to a decision made by Albanian Prime Minister Edi Rama's cabinet, which was made public on Monday.

"Albanians from Montenegro and North Macedonia will enjoy the right to employment, just as Albanian citizens do, except when employment is specifically related to Albanian citizenship, in accordance with applicable legislation," the Ministry of Finance and Economy said in a statement.

Albanian Foreign Minister Gent Cakaj said that the decision, which was officially approved on May 10, means that Albanians from Montenegro and North Macedonia now have the same rights to work in the country as Albanians from Kosovo and Serbia's Presevo Valley area.

The Albanian government scrapped work permits for Albanians from Kosovo and the Presevo Valley in May 2014.

"Although it may look like a move without immediate impact or sounds like a completely symbolic initiative, this is a necessary step towards increasing ties with Albanians in neighbouring countries without differentiation [on grounds of citizenship]," Chakaj wrote on Facebook on Monday.

He added that the decision was part of a wider package of measures that Albania has planned to bring ethnic Albanians in the region closer together.

Ethnic Albanians make up about five per cent of the population of Montenegro, and they form the majority in the Tuzi area and much of south-western Montenegro.

While overall unemployment in Montenegro is around 16 per cent, the figure is closer to 20 per cent in areas such as Tuzi and Ulcinj, which are home to most of the country's ethnic Albanians.