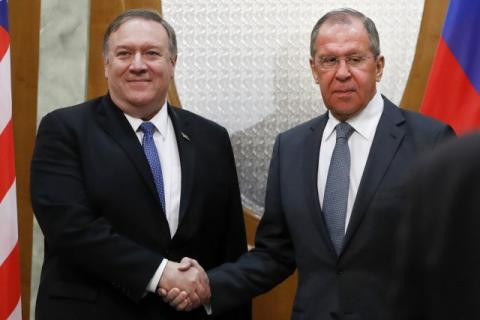 US Secretary of State Mike Pompeo said this on Tuesday in a conversation with hiss Russian counterpart Sergei Lavrov.

During the meeting in Sochi, RF, Pompeo added that the two countries "don't have to agree on everything, but there is room for cooperation, especially in the area of anti-terrorism and the fight against the proliferation of nuclear weapons."
Lavrov said that it was time for Russia and the United States begin to work together in a new and constructive way.
Ahead of the meeting, the Russian minister stressed that there were suspicions in relations between the two countries, but that he hoped for "constructive dialogue."