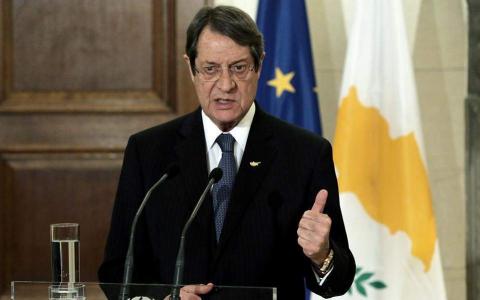 Cyprus' Foreign Ministry has summoned the British High Commissioner Stephen Lillie to explain the British stance on Cyprus' exclusive economic zone (EEZ) following statements made Tuesday in the British Parliament by UK Minister for Europe Alan Duncan.
Duncan said "Mr Speaker, yesterday I met the Turkish ambassador, and had very constructive discussions with him. The position of the UK, is that, in line with the UN Convention on the Law of the Sea, exploratory drilling should not proceed in any area in which sovereignty is under dispute."
The comments caused a stir in Cyprus with President Nicos Anastasiades expressing the view that Duncan's remarks are "'unacceptable."
A Turkish drill ship is located less than 40 nautical miles west of Cyprus and approximately 83 nautical miles from the Turkish coast. The area falls within the EEZ and continental shelf of the...