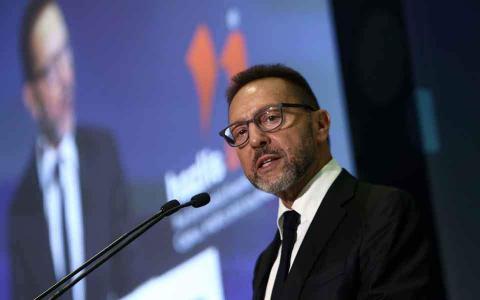 Bank of Greece Governor Yannis Stournaras on Wednesday disputed the Finance Ministry's projection that there will be an overrun in the year's primary fiscal budget, and expressed his clear opposition to the handouts the government passed on the same day through Parliament and intends to continue introducing.

Speaking to the state-run Athens-Macedonian News Agency, the central banker went on to associate the unrest on the bond markets and the pressure on Greek securities in the last few days with the government measures, due to the concerns they are generating among investors.

Sources say Stournaras' estimates rely on the cash figures of the Bank of Greece for the general government in the first quarter of the year. They show that the primary surplus is considerably lower than last year's and will not meet the target of 3.5 percent of gross domestic product.