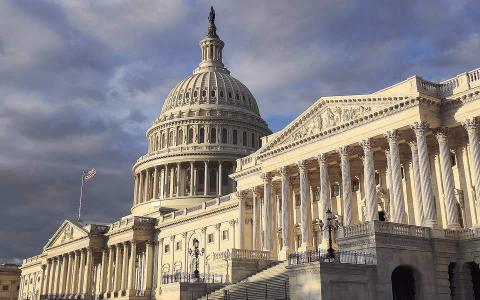 Senior Democrats and Republicans in the House of Representatives called on Turkey on Wednesday to cancel its planned acquisition of a Russian S-400 missile defense system, the latest effort by US lawmakers to discourage Ankara from pursuing the deal.
They introduced a resolution urging Turkish President Tayyip Erdogan to avoid a military relationship with Russia that could jeopardize the US-Turkey partnership and Turkey's role in NATO.

"Cozying up to (Russian President) Vladimir Putin is unacceptable," Democratic Representative Eliot Engel, chairman of the House Foreign Affairs Committee, said in a statement.
US officials have urged Turkey to cancel its purchase of the S-400 system or risk its position as both a prospective buyer and partner in production of the Lockheed Martin F-35 fighter jet. They say Turkey's plan to buy the S-400 would compromise the security...