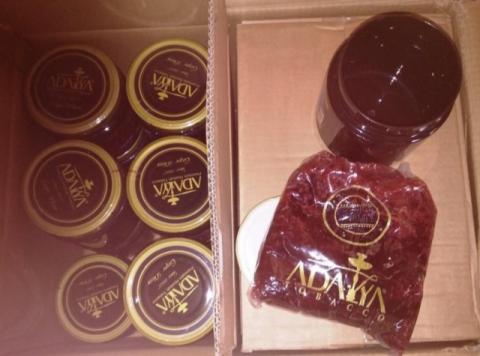 A total of 30 000 kg of hookah tobacco had been detained by officers of the General Directorate of Customs Intelligence and Investigation (DG MRR) in the area of ​​Danube Bridge 2 at Vidin and in a warehouse in Sofia without documents under the Excise and Tax Warehouses Act.

On May 2, at about 4:00 pm, in the Danube Bridge area near Vidin, DG MRP officers departed for inspection a truck with Moldovan registration traveling to Western Europe. In the words of the two drivers, one with Portuguese and the other with Albanian identity papers, the cargo was dried fruit.

An X-ray scan found an image that did not match the product declared, and in the subsequent physical check, customs officers found 19 pallets in the cargo compartment with 14,256 1 kg packs or 14256 kg hookah tobacco.

Immediately, officers from the Customs Intelligence and Investigation Office in Sofia carried out operative-search events and established the place of loading of the goods - a warehouse on the territory of the capital, which is used as a landfill and not registered under the Excise Duties and Tax Warehouses Act.

Pre-trial proceedings have been initiated.