Over 3,8 kg of Smuggled Gold Products have been Seized on Kapitan Andreevo 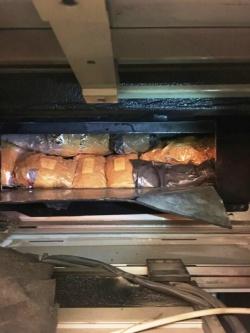 3854.24 grams of smuggled gold products have been discovered in a secret bus by customs officers of Directorate General of Customs Intelligence and Investigation. The 24-passenger bus, with Turkish registration, tried to enter the country from Turkey, and arrived at Kapitan Andreevo Customs Post on May 24th, 2019 at about 23:00 PM. Under the "risk analysis" method, the vehicle was selected for X-ray radiation, where areas with suspicious density in the roof of the bus were noticed.

In the subsequent physical check-up, was discovered a specially built secret section in the ventilation system. Eight polythene envelopes containing 1234 gold jewelry with a total weight of 3854.24 grams were removed from the shelter. The smuggled gold products which worth 219 691 leva were seized. The bus was also detained as a vehicle used to carry the smuggling.

A pre-trial proceedings have been initiated in this case, which is conducted by an investigating customs inspector under the supervision of the Haskovo District Prosecutor's Office.

The driver of the bus, a Turkish citizen, is being prosecuted for a crime under Article 422 (1) (E) of the Criminal Code.