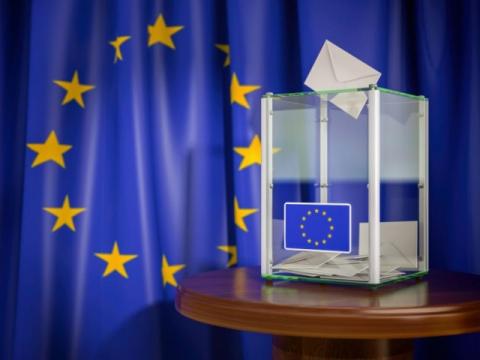 Parties dedicated to keep strong European Union will control two-thirds of seats in the new European Parliament, according to official forecasts released this morning. Extremely right-wing and nationalist parties promising populist slogans to bring the EU back to more power to national governments and parliaments have been strong, but so far they seem to be shattered in their goals to unite in a solid bloc.

This is the result of the vote in the elections ended on Sunday with a record-breaking activity of voters hundreds of millions of Europeans since 1994. The future European Parliament will be much more colorful politically and will require far more ability from the different groups to cooperate in order not to block its work.

An indication of the new situation is that most MEPs (29) sent the CDU-HS to Chancellor Angela Merkel and Brexiters of Nigel Farage, followed by Italian Deputy Prime Minister Matteo Salvini (28). Marin Le Pen's nationalists defeated France's new move by President Emmanuel Macron in France, but gave the Liberals a significant boost to the EP's over 100 representatives. Social Democrats in Germany were pushed to third place, but the second most popular Greens stepped up the pro-European group in the European Parliament with the unprecedented 70 MPs.

The sum of the groups of the European People's Party, Socialists and Democrats (around the Party of European Socialists), the liberals (the current ALDE plus the Macron Movement) and the Greens give hope to the pro-European forces. Thanks to the rise of the Greens and Liberals, it finally turns out that the four groups have lost only 20 out of 751 seats of MEPs and will control 505 seats.

The stock market reaction (even though the London and New York markets are not...