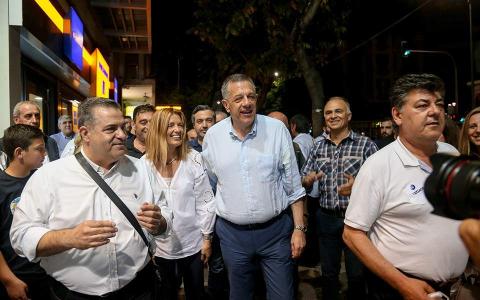 With just over 60 percent of votes counted on Monday morning, the conservative New Democracy-backed candidate for Thessaloniki mayor Nikos Tachiaos was projected to secure 22.56 percent while Constantinos Zervas and Giorgos Orphanos fought it out for second place with 14.76 percent and 14.41 percent respectively ahead of the runoff next weekend.

While the Thessaloniki race will go to a second round, five mayors in the prefecture secured victory - in the municipalities of Pylaia-Hortiati, Ambelokipi, Neapoli-Sykies, Thermi and Volvi.