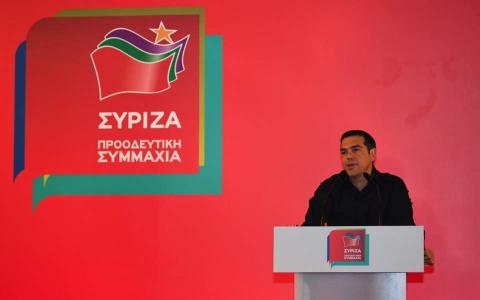 Greek Prime Minister Alexis Tsipras on Monday urged his SYRIZA party to regroup and heed the message of voters ahead of snap national elections he called after a resounding defeat from opposition conservatives in European Parliament elections.

In a speech designed to rally SYRIZA party faithful, Tsipras said the result of Sunday's vote, which saw opposition New Democracy ahead by about ten points, fell below his expectations.

"The crucial thing in life is not if you will fall, but if you will get up," Tsipras said.
"I want to ask you all, today, to get up, and regroup, and fight. We very well know we can do it. Because our main strength is that we are defending what is just, our values, the values of the democratic faction and of the left."

Tsipras has said he plans early elections after Sunday's defeat. It is widely speculated they could take...