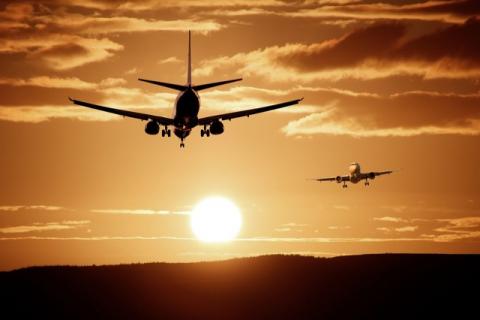 Six new year-long lines will be opened from Varna Airport this summer. New direct flights begin in July and will be from and to Paris, Cologne, Hamburg, Berlin, Copenhagen and Liverpool. This was announced today by the chief executive of Fraport Twin Star Airport Management AD Ulrich Heppe.

According to him, the forecast for this summer season is for a slight decrease of about 8% in the airport activity. According to him, however, the market will be normalized as the 50% growth has been achieved in the last five years. The two most expected flights are Russian - 31%, and German - 14%.

According to Heppe, the reason for the withdrawal of the Russians is that they are shifting to Turkey, and Germany - the bankruptcy of one of the major airlines.

He also believes that losses will be offset by an increase in flights from other destinations, with a 34% growth expected from the UK. An increase of about 9% will be on flights from the Czech Republic, and from Turkey and Austria - by 11%.

This summer, 2.1 million passengers are expected to pass through the airport.

Few days ago, it became clear that new flights will be available from Burgas Airport in summer 2019. The new destinations are Kherson in Ukraine, Durham in Great Britain, Beirut in Lebanon, Naples in Italy and Boufarik in Algeria.

The new airline companies in Burfas are Wideroe, GetJet, I Fly and Jet2.com. Wideroe comes with three destinations in Norway (Olesun, Trondheim and Tromso) and GetJet and I Fly will fly to Vilnius and Moscow respectively. British Jet2.com, which will connect Bourgas with 9 airports in the UK: Belfast International, Birmingham, East Midlands, Edinburgh, Glasgow, Leeds Bradford, London Stansted,...

Man nabbed in Thessaloniki for smoking in Ryanair flight

Foreign powers to push Libyan rivals for truce in Berlin