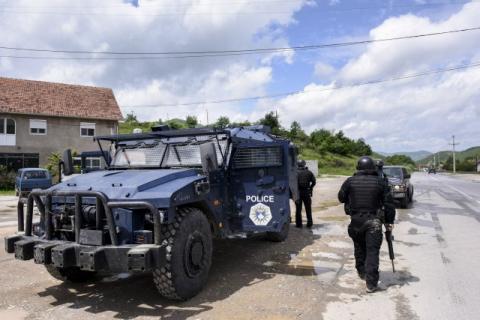 According to this, they were set free after the judge of the Basic Court in Kosovska Mitrovica, the Zubin Potok department, Ljiljana Stevanovic, refused the request of the Kosovo Prosecutor's Office to order custody.

Radio Kontakt Plus said that the judge assessed that there was insufficient evidence from the prosecution to extend the detention of the Serbs, which were otherwise accused of interfering with an on duty official.
Predrag, Tomislav, Marko and Ivica Milovanovic have been freed, as well as Milos Orlovic and Dejan Dimovic, a Serb member of the UN staff.
UNMIK earlier in a statement to Tanju confirmed that a Serb member of the UN staff, who was arrested during the Kosovo police action in the north of Kosovo and Metohija, had been released and transported to the hospital.
Three Serbs - Marko and Ivica Milovanovic and Milos Orlovic were received last night at the hospital in North Kosovska Mitrovica for injuries received during the police action of the Kosovo special forces in Zubin Potok.
It is expected that the other three Serbs will seek medical assistance, Radio Kontact Plus reports.