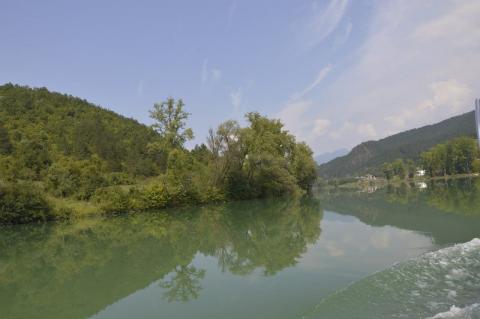 The District Court in Banja Luka, administrative centre of the mainly Serbian Republika Srpska entity in Bosnia and Herzegovina, RS, has cancelled the environmental permit for the planned Buk Bijela hydropower plant on the river Drina in Bosnia, the Aarhus Resource Center said on Thursday, following the court's May 13 ruling in favour of the Center's complaint.

"A renewal of an earlier permit issued in 2013, the cancelled permit was issued by the Republika Srpska Ministry for Spatial Planning, Construction and Ecology in May 2018, after which the Aarhus Centar submitted its complaint in June 2018 regarding procedural deficiencies," the press release noted.

The investor, the state-owned power company, Elektroprivreda Republike Srpske, had failed to request a renewal of the permit within the legally-defined deadline.

This obliged the ministry to cancel the permit because construction had not begun within four years of the initial permit being issued, the Aarhus Resource Center explained.

"The Buk Bijela project has been fought since the 1970s because of its impacts on the protected Tara Canyon in Montenegro, which is on the UNESCO World Heritage list," it said.

"Any kind of dam on a river would damage the quality of the water, biodiversity and tourism," the press release noted.

While officials in the RS and Serbia supported the Buk Bijela project, as a way of improving coordination between the energy utilities of Serbia and the RS, Montenegro had the opposite view.

At the beginning of the 2000s, when the idea emerged, Montenegrin officials immediately warned that they would not support any project that might harm the Tara River Canyon.

Then Prime Minister Milo Djukanovic assured the public that the government would not...