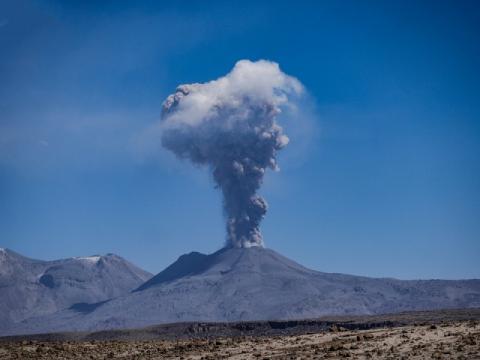 Two fractures opened at the base of the South-East crater and on the north-eastern flank of the New South-East crater at about 3am local time (2am BST). The lava flows were accompanied by a Strombolian activity from the main craters. However nearby Catania airport remains open, reported express.co.uk.

Eugenio Privitera, director of Catania National Institute of Geophysics and Volcanology (INGV) said: "We are starting a new eruptive phase of Etna which could end soon or last months.

"The phenomena are all confined to the summit area of the volcano and do not constitute a danger to inhabited centres and people, but the flow of tourists in the area must be controlled for their safety".

Volcanic ash was pictured rising up to two and a half miles above sea level.