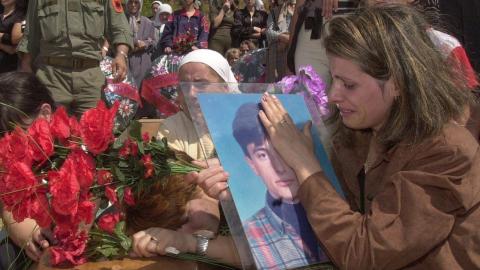 "An international court is indispensable and unavoidable and it will happen because it serves justice and reconciliation for the future," Veseli said.

Two decades after NATO's air strikes ended the Slobodan Milosevic regime's control over Kosovo, Veseli argued that Kosovo's ethnic Albanians were subjected to planned and organised violence by the Serbian state which was "aimed at their extinction".

"This enterprise, under any law, including international law, cannot be defined in any other way except as an enterprise for physical extinction. This is known as genocide," he added.

He said that almost none of what he called "these genocidal acts" has been dealt with by an appropriate judgment by the Hague-based International Criminal Tribunal for the Former Yugoslavia (ICTY), the UN's Kosovo mission UNMIK, the EU's rule-of-law mission in Kosovo, EULEX, or by Serbian judicial institutions.

"On the contrary, Serbia has launched a campaign to deny the crimes they have committed. This endangers the outlook for the future, sustainable peace, [the EU-mediated] dialogue [between Pristina and Belgrade] and the historic agreement which is being sought [to normalise relations], but also the whole Western Balkans region," he declared.

Veseli's argument is that the Milosevic regime had the intent to destroy Kosovo Albanians as a group, thereby committing genocide as defined in the UN's Convention on the Prevention and Punishment of the Crime of Genocide.

But his call for a new international tribunal has been described as political opportunism by opponents within Kosovo, and dismissed by international experts as impractical and extremely unlikely to happen.

Questions have also been raised about the timing of the proposal, which comes as...