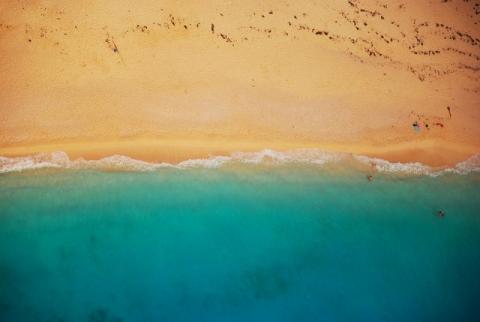 Mobile groups of the Ministry of Tourism will inspect all beaches along the Black Sea coast. Both concession or rental beaches and unguaranteed stripes are guaranteed, as well as free walking access. This was announced by Minister of Tourism Nikolina Angelkova to the media in Varna.

The reason for the inspection was that the Ministry of Tourism received signals from citizens that access to the beach was hindered because of the metal enclosures. It was found that part of the fenced landed property was private, but nevertheless, the pedestrian access to the seashore should be provided as required by the law.

Minister Angelkova announced that the Ministry of Tourism has appealed to Aksakovo municipality to make the necessary inspections and to determine whether the fence is legal. Otherwise, it will need to be removed.

Deputy Mayor of Aksakovo municipality, Krasimira Dyankova, said the municipality will come up with an opinion on the case within a week.

The tourism ministry teams have also inspected the beaches of Riviera and Golden Sands.