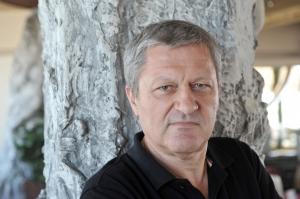 The winner was first announced in the online edition of the Koper-based newspaper Primorske Novice, ahead of a news conference in Ljubljana on Wednesday.

Commenting on the news, Velikić told the paper that the Vilenica festival was very important to him. The first time he was invited to attend the festival was in 1989, when he published his debut novel Via Pula.

"At the time the prize went to Jan Skacel, and 30 years later it's me who is the laureate," he said, adding that he always had friends in Slovenia.

Born in Belgrade in 1953, Velikić has won all the major literary awards in Serbia as well as accolades abroad. His books have been translated into many languages and have won critical acclaim worldwide.

Living and working in Belgrade as a freelancer, he grew up in the Croatian town of Pula, then worked as a columnist and editor in Belgrade in the...

Happiness at work and how it can influence employee productivity

AEIOU of Leadership - Fostering a Holistic Ethos of Conscious Leadership