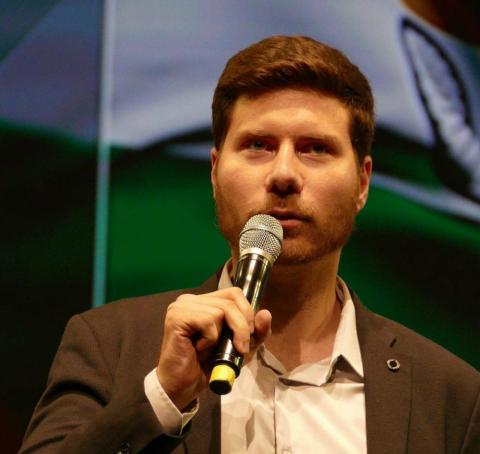 Ivan Pernar, an MP in Croatia for the populist anti-establishment Living Wall party on Thursday said the was leaving together with another MP, Branimir Bunjac. He has said he intends to start a new party.

"I will personally set up a new party with my colleagues … I am ready to continue the political struggle, I am ready to go all the way; I am ready to join the race for the presidency," Pernar said.

His decision follows a series of disputes in the party over the choice of its representative in the European Parliament. It won one seat in the May European elections.

Party leader Ivan Vilibor Sincic on Tuesday said Bunjac had been suspended as an MP for not respecting agreements on the recent European elections - and the agreement that none of the party's MPs in Croatia would be an MEP.

"Until the situation is resolved, I will go to the European Parliament," Sincic said on Tuesday.

Meanwhile, Pernar accused Vladimira Palfi, a party member and Sincic's wife, of pulling strings in the party, which she has denied.

Pernar became known as an informal leader of protests against the centre-right Croatian Democratic Union-led government in 2011.

The same year, he was a founder of the Alliance for Change, a party that later transformed itself into Living Wall.

This earned a public reputation by defying police when they enforced evictions of people from their homes, as a result of which Pernar was arrested a few times.

In the recent European Parliament elections, Living Wall got one seat. Ahead of the EU elections, it allied itself with other populist parties in Europe such as Italy's Five Star Movement, which is in government with the right-wing, anti-immigration League.