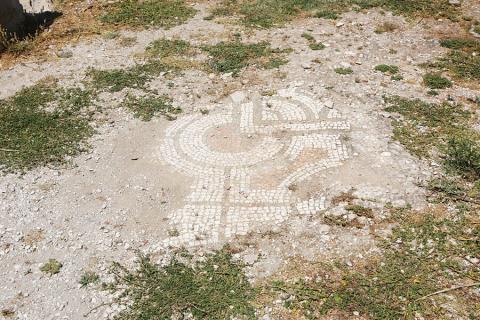 The mosaics in the ancient city of Xanthos in the southern province of Antalya's Kaş district, are now unprotected. The magnificent mosaics had a water-resistant geotextile barrier during the time of the former president of excavations. But as the barrier eroded, the mosaics are now exposed to the elements of nature. Without any protective layer, small pieces of mosaic crumble and scatter around. The depictions on the mosaic are gradually vanishing.