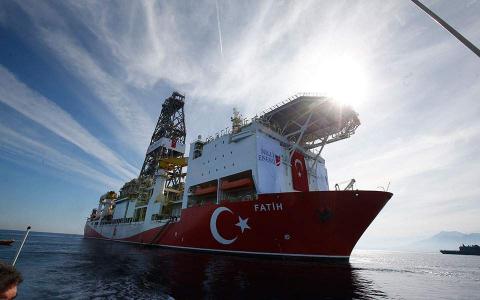 With concerns rising about a possible "incident" in the Eastern Mediterranean or Aegean, Ankara appears to be stepping up its efforts to entrench its presence in the region.

The drillship Fatih is already in Cyprus's exclusive economic zone (EEZ) and Turkish authorities have indicated that a second vessel, the Yavuz, will also be dispatched to the region in due course.

Alongside Greek and Cypriot concerns in the Eastern Mediterranean, Athens is concerned about a possible move by Ankara to reiterate its demands south of Kastellorizo, within Greece's continental shelf.

According to sources, a decision has yet to be taken as to how Athens will respond in the event that Ankara sends a research vessel into the area.

Publicly meanwhile Greek officials are attempting to avoid the escalation of tensions, with Defense Minister Evangelos Apostolakis insisting that...