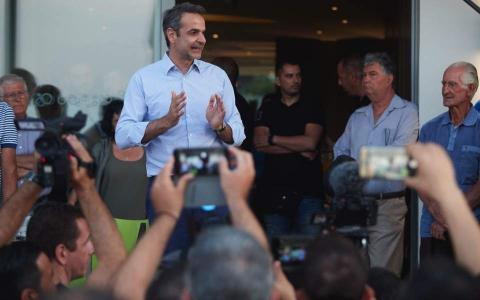 In an interview published Monday in German business newspaper Handelsblatt, New Democracy leader Kyriakos Mitsotakis said his main priority is to form a powerful and stable government which will "will pursue a different economic policy."

Mitsotakis' interview was part of wider feature by the paper about next month's national election and the conservative party which is expected to come to power.

Outlining his policies, Mitsotakis said that with low taxes, faster reforms and a modernized state, "we will attract investments and achieve far higher growth rates than the present government."

He said the high primary surpluses that the SYRIZA government has signed on to are putting a brake on growth and that he favors a smaller state, more investments and high-quality jobs.

He insisted that the path which will lead to a reduction of Greece's debt is not one of...