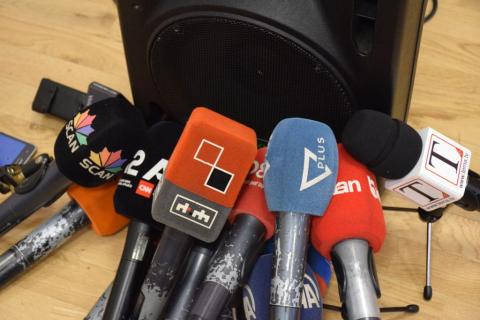 TV channels in Albania have declared their latest election campaign pricelists, with a number of them offering spots for paid appearances on editorial programmes, despite the electoral code explicitly banning broadcasters from running election propaganda as news content.

Seven TV channels in Albania have informed the Central Electoral Commission, CEC, of their advertising pricelists, with five of them - News 24, Report TV, A2 CNN, Fax News and ABC News - offering products and services ranging from "paid news" to "special profiles" or just "mentions" on TV shows.

Under the pricelists, an invitation to participate in a televised debate costs several thousand euros - and is the most costly "product" on sale. Election candidates that accept to pay participate in TV shows along with established opinion makers to impress their voters.

TV stations must declare their pricelists to the CEC before election campaigning starts, and did so in expectation of local elections on June 30. However, it is not yet clear whether Albanians will get to choose new mayors and town councillors on that date, after President Ilir Meta cancelled the polls.

Albania's electoral code prohibits TV stations from running election propaganda as editorial content and has strict criteria on the amount of paid advertisements that political parties can buy. Networks are also obliged not to discriminate in terms of price toward certain political subjects.

During campaigning, the CEC then monitors television broadcasts, and has the authority to impose fines.