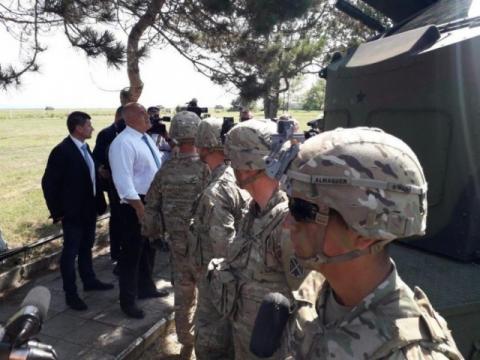 Prime Minister Boyko Borisov and senior military officers from the United States and Serbia are currently watching the battle firing of the tactical teaching "Shabla 2019".

The training includes air defense formations by the Bulgarian Army.

The delegation from Serbia is led by Defense Minister Alexander Vulin. Among the observers of the doctrine are also Deputy US Ambassador Justin Friedman, representatives of Bulgarian state institutions, senior generals and officers.