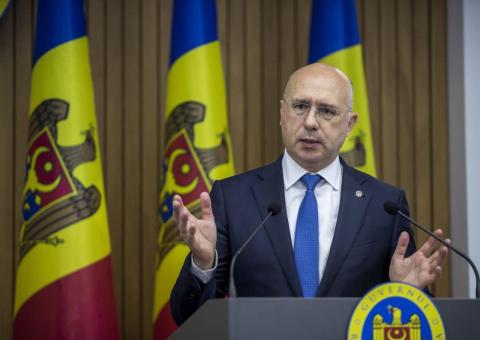 The Democratic Party-led government in Moldova - which had disputed the formation of a rival government led by Maia Sandu, citing a Constitutional Court ruling - appeared to throw in the towel and resign on Friday, resulting in the departure of Prime Minister Pavel Filip.

Confusingly, the vice-president of the party, Vladimir Cebotari said the Democrats still did not recognize the new majority in parliament formed by the pro-Russian Socialist Party, PSRM, and Sandu's pro-European ACUM bloc.

"We took this decision [to quit] to unlock the political situation in the country and avoid escalating the situation to violence," said Cebotari.

He said the move would only partially solve the political deadlock in Chisinau, as the new government, in their view, was not a legal one, so it was most likely that early parliamentary elections would still have to be held. Last week, having declared himself acting president instead of incumbent President Igor Dodon, party leader Filip called snap elections on September 6.

The Democrats have urged their supporters to remain calm and to avoid violence. After the announcement, party supporters took away their tents installed in front of the main state buildings in Chisinau.

"Our decision has a political effect; it will partially solve the political deadlock and it will be a clear signal that the PDM is not holding onto power," Cebotari added.

On June 8, the ACUM bloc and the pro-Russian Socialists in parliament voted Sandu into office as Prime Minister. The Socialists obtained the position of Speaker of Parliament for their formal leader, Zinaida Greceanii.

The former ruling party refused to accept this and obtained a ruling from the Constitutional Court, on which it has great influence,...

A Strong Earthquake Hit Eastern Romania, it was also felt in Bulgaria