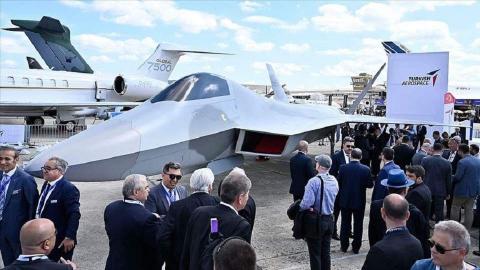 The mockup of the fifth-generation fighter jet was unveiled at the Paris Air Show, one of the biggest aerospace industry events in the world, with Turkish Aerospace Industries (TAI) General Manager Temel Kotil telling Anadolu that the TF-X will be ready to fly in 2025.

"It is going to be the best fighter aircraft in Europe," Kotil was quoted as saying.

He added that the TF-X would bear similar features to the F-35 produced by America's Lockheed Martin, which is at the center of a dispute between Ankara and Washington over Turkish plans to purchase a missile defense system from Russia.

Washington has threatened to cancel the delivery of an order of F-35 jets to...

Applications for workers’ handout streaming in