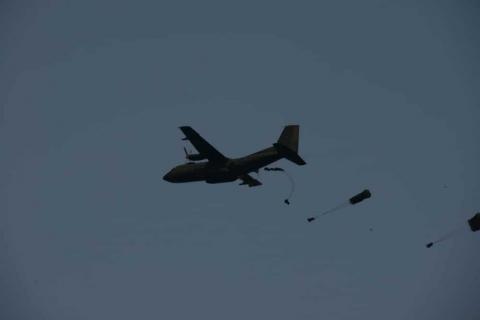 The accident in which a Canadian paratrooper died happened during a parachute jump on Monday evening near the village of Cheshnigirovo, close to Plovdiv in central Bulgaria, the Ministry of Defence said on Tuesday.

The three survivors have been hospitalised at the Sveti Georgi University Hospital in Plovdiv and have no life-threatening injuries, the ministry added.

According to unconfirmed information reported by Bulgarian media, the Canadian soldier's parachute failed to open during the jump.

BIRN asked the US Army's Europe Headquarters, which is leading the Swift Response 2019 exercises, for further details, but received no immediate response.

Swift Response 2019 is taking place from June 11 to 24 at various locations across Bulgaria, Croatia and Romania.

Its purpose is to "demonstrate the strategic employment of the Global Response Force and validate US' European Command's ability to send high readiness forces into a designated area while advancing airborne interoperability among NATO allies", the US European Command said in a statement.

Over 1,400 paratroopers from Canada, France, Germany, Italy, the Netherlands, Spain, Britain and the US are taking part in the exercises, alongside over 4,500 military personnel from the three host countries.